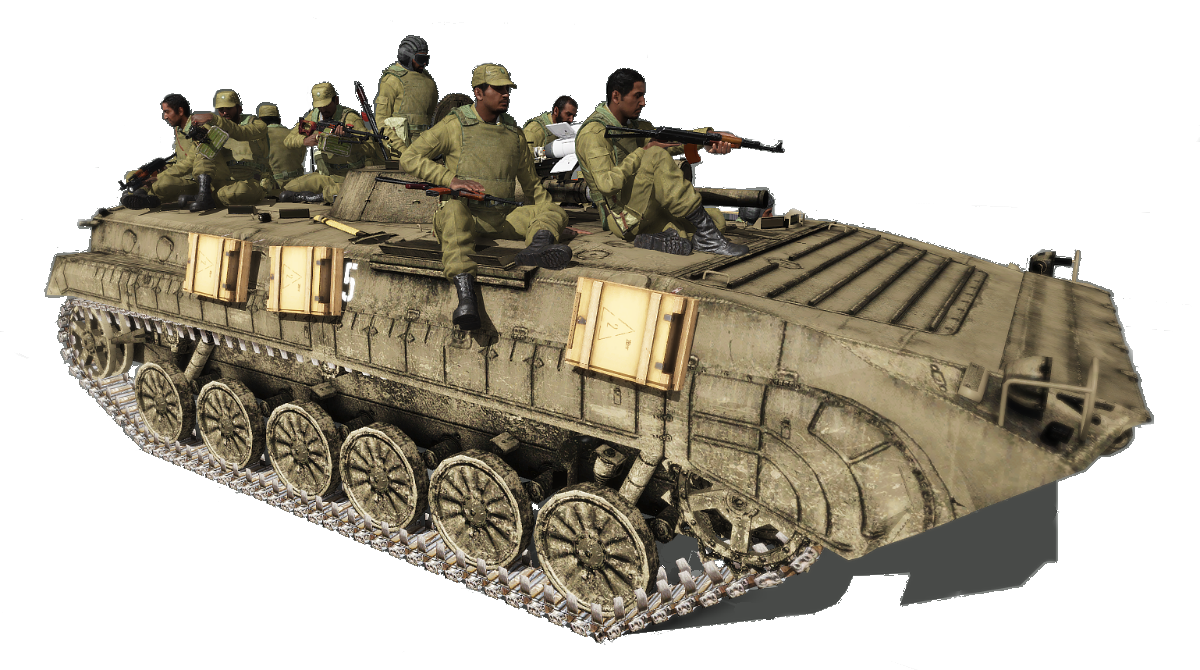 This is us, riding into battle on our BMP. Actually, it's just a representation of us. We have a firm grip on reality.

A small republic on a fictional island. A small community. We've been playing, making and organising things for Arma since before it was Arma. Some of us wrote or founded the mod pack updater Swifty, the mod team Ballistic Addon Studios (BAS), the Operating Flashpoint Editing Center (OFPEC) website, the F2 and F3 mission development frameworks, the Teamwork Mission Framework (TMF), the Rock Paper Shotgun Arma community (ARPS), and the Folk ARPS* community.

What do we do?

Talk shit on Discord. We play Arma 3™. Every Saturday, for 2-3 hours, starting at 21:00 UK. We write all our own missions. Most are coops, some are adversarials. We don't use respawn, but we use ~20Gb of mods (including ACRE2 with TeamSpeak 3) which we distribute using Swifty. There are no ranks, mandatory attendance or restrictions on slotting; but in game we're organised.

Oh, and we like simple crappy old kit. We like BMPs, Mi-8s, and AK-74s - but we also adore M16A1s, M113s and most things that run on grease. Maybe it's because we're old and can't deal with complexity. Maybe we think Arma works best when it's true to its cold-war origins. That doesn't mean we won't sprinkle in some high speed, low drag magic once in a while. But we're more Glen A. Larson than Michael Bay.

Why are we wasting your time?

Ever played in organised sessions with 80 people? Us too. It's great, and you should try it if you haven't. But right now we want to play in sessions with 16-20 people. We can fill a BMP, but we'd like to fill a second. Because what's better than one burning IFV? Cocaine That's right: two burning IFVs!

Maybe you'd like to come along? If so, come chat with us on Discord. I know, right? Just tell us what we should call you, and anything else that you think is important. If we think you might enjoy riding around on our BMP, we'll tell you how to join our sessions. You don't have to be a grizzled Arma veteran or worry about passing any kind of cosplay dress-up tests. Did I mention you can smoke in our missions? We'll even give you cigarettes!*

Stay for a month, and then if all goes well, you can stay for as long as you like. By the way, if you already play with other Arma groups, that's okay with us. You can still have one of these real life patches for your high-speed / low-drag bag (in case WW3 starts while you're at the office):

That's it. Thanks for reading. See you, space cowboy ...

Download Soviet Markers by Republic of Folk from GitHub